One of the principal criticisms of some of the complementary medicine therapies is that we don’t have sufficient science to back up our clinical decisions. The historical or anecdotal evidence which forms the basis of our clinical practice as acupuncturists and Chinese Medicine practitioners, is in many cases dismissed by scientists as being of no scientific value. I disagree with this theory and think that it’s very much a case of throwing the baby out with the bathwater. Life is not all absolutes and the older I get the more I realise historical clinical experiences transcribed faithfully by past […] 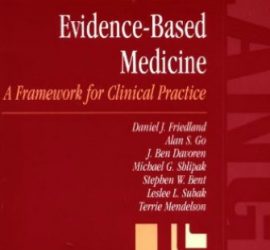 CAM or natural healing has been part of public healthcare choices in Ireland from early monastic times, when cures were sought and used for a range of ailments. This has been replicated on a global scale from the beginnings of traditional medicines to current use today of indigenous or folk medicines as healthcare choices. Natural healing predates bio-medicine and has remained a popular choice down through the ages. Often described as “alternative” to the more accepted, dominant, scientific biomedical systems used by most countries for their healthcare systems. both the EU and the WHO have sought to map, and […]