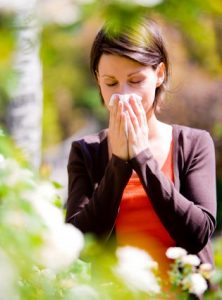 Hay fever, officially known as seasonal allergic rhinitis, is thought to affect at least 1 in 5 people across the UK.

Following a review of scientific evidence collected to date, researchers in Australia recently reported that acupuncture appears to be an effective treatment for some hay fever sufferers. “The success of the treatment was incredible,” hay fever sufferer Tom Laverick, who had one acupuncture treatment per week for three weeks, followed by three monthly top-up treatments, told the Yorkshire Post. “After just a couple of treatments, I was hardly suffering at all. It really did feel like the first time I’d actually been able to enjoy summer rather than dreading it and wanting to hide inside. If anyone suffers from hay fever, I really couldn’t recommend acupuncture highly enough.”